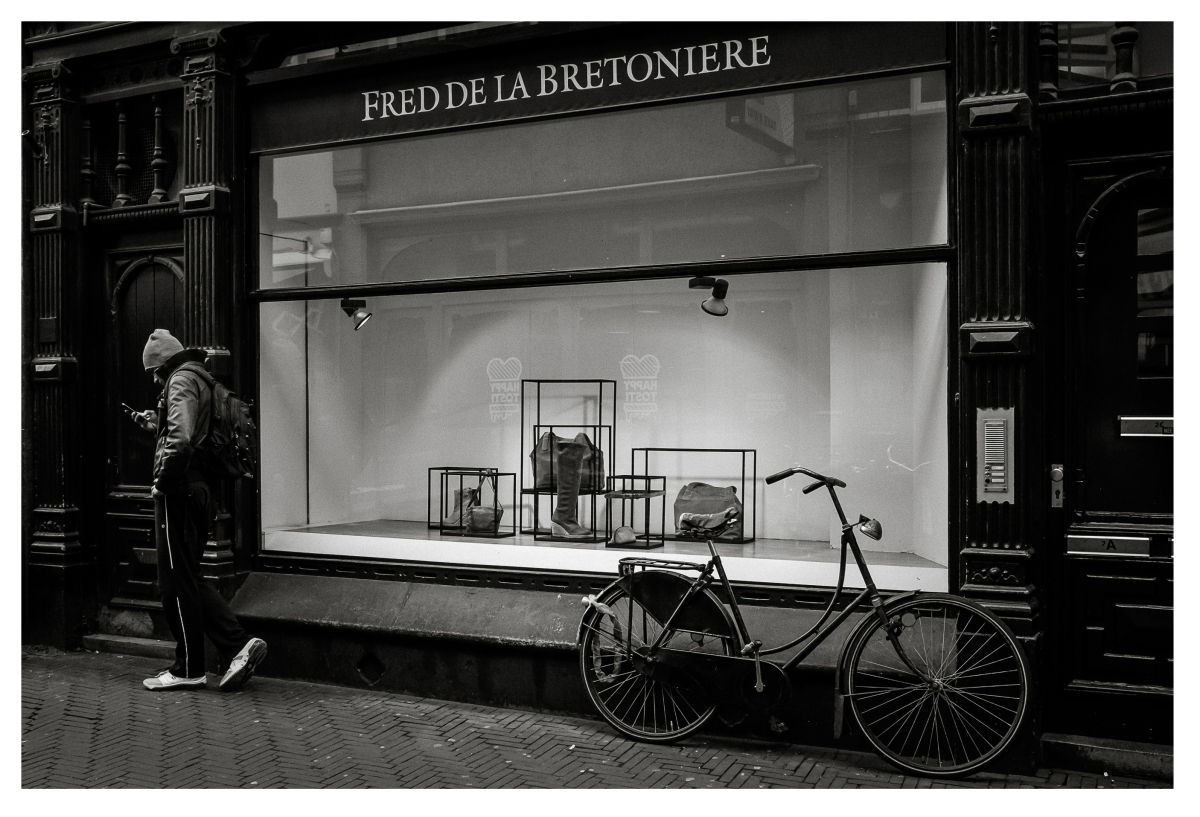 Earlier this year I was at a meeting in The Hague, or Den Haag, in the Netherlands. I took my x100s with me thinking that I might have the chance for some street photography while I was there. It was a busy two-day meeting, and I only had one chance to try and take some images of the streets in Den Haag (I like saying it the Dutch way!), and that was at the end of the meeting as I walked between the NWO offices, and the train station.

This was my first time in Den Haag, so I had no idea what to expect. But that just added to the experience. I had no expectations and I would just try to see what I could see in the streets as I walked through the town towards the station.

The pictures in this post are what I could find. A mixture of architecture both old and new, classical and avant garde, and one or two characters. 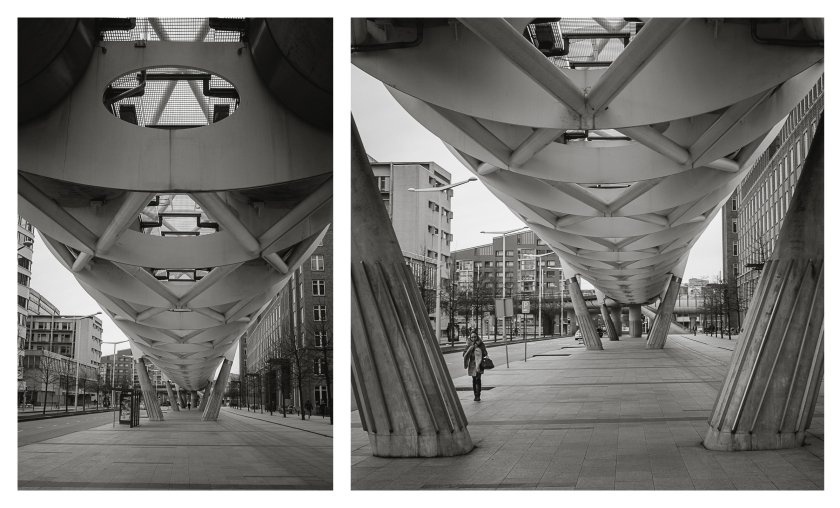 Once into the old part of town, in the Dutch capital city, of course you would find clogs and bicycles.

I have no idea what this statue of skeletons is – nor why it is – but it was outside a very nice ice-cream shop! 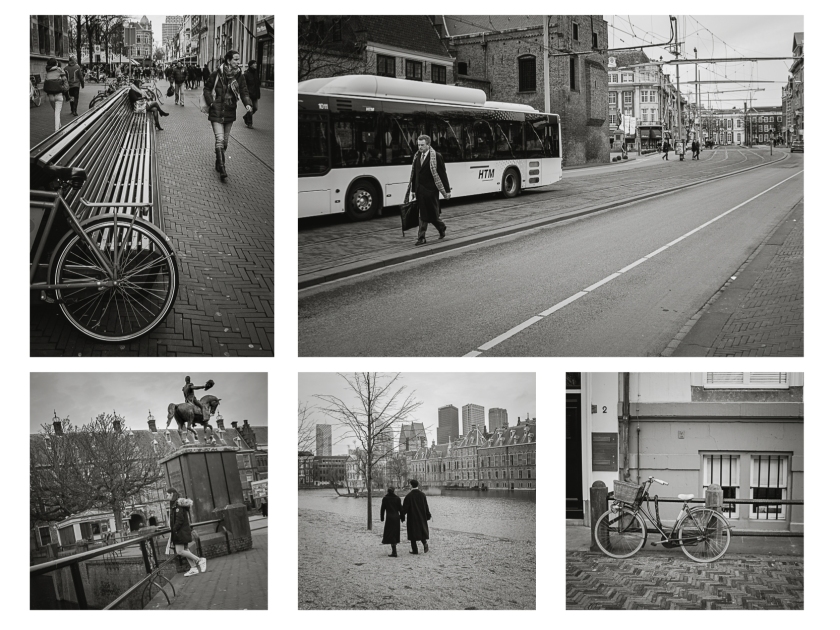